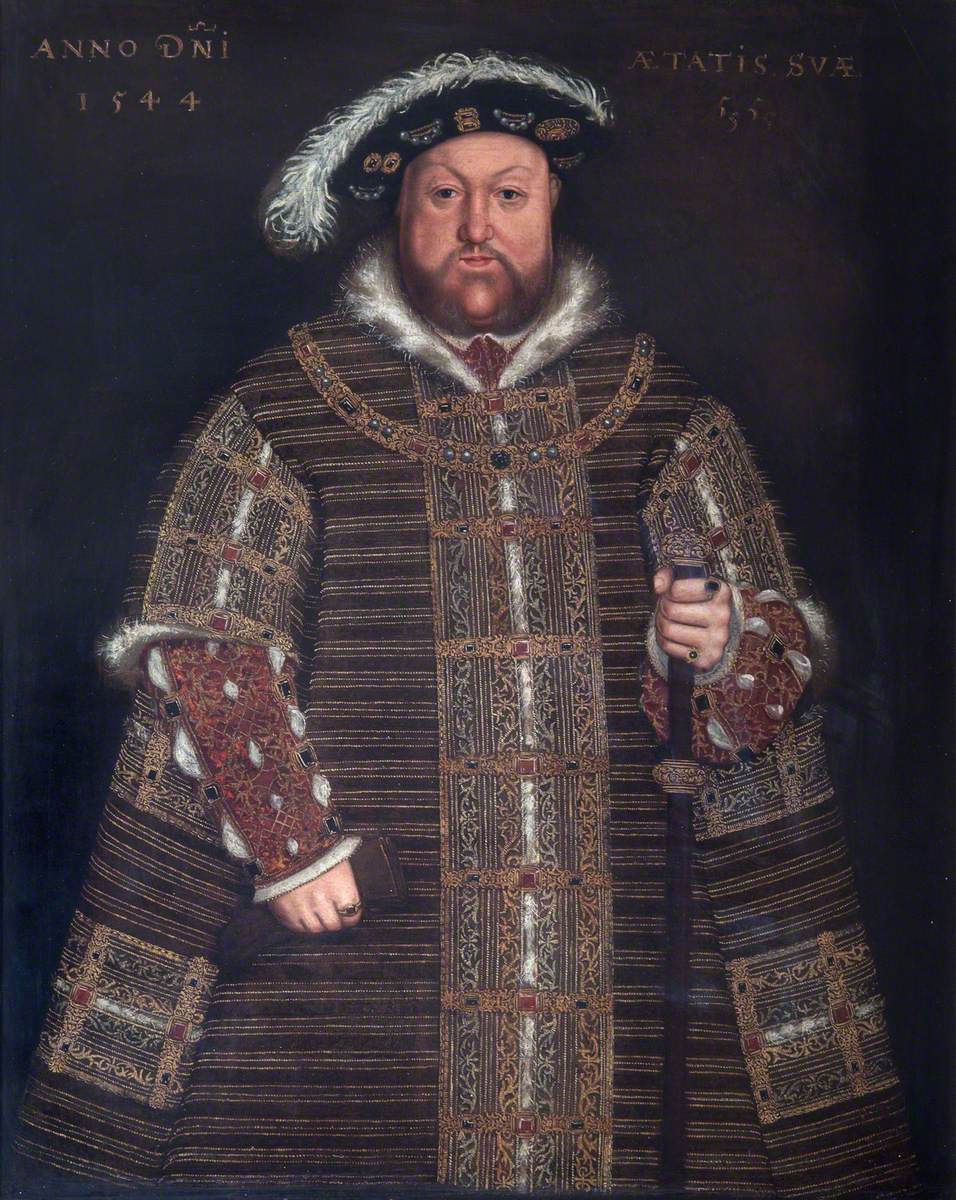 Over the years, the hospital became increasingly valued by the city and developed an endowment that reflected this as a consequence of its work within the community, growing into an institution of great importance to society as well as to developing medical practice.

However, problems began in 1534 with the passing of The Act of Supremacy, naming Henry VIII as the supreme leader of the Church of England, severing the country’s papal ties. The Treasons Act followed shortly afterwards, decreeing it a treasonous endeavor not to acknowledge the King in his new supreme role. In order to demonstrate devotion to the Crown, an Acknowledgement of Royal Supremacy was signed by The Master of The Hospital, John Brereton and three Brethren, Thomas Hyclyng, John Chewny and Richard Lemyng in 1534. This is currently held in the Public Record Office and bears the 16th Century seal of the hospital. The neighbouring Charterhouse Abbey, was not so relenting. Founded as a Carthusian Monastery in 1371 by Sir Walter De Mauny, senior advisor to Edward III, the Monks residing here refused to submit to The Act of Supremacy and met their end at Tyburn.

In spite of the signed acknowledgement, Barts was not yet safe. 1536 saw the passing of the Dissolution of the Lesser Monasteries Act, which allowed for the suppression of all monastic houses with an annual value of less than £200. And in 1539, the Second Act of Dissolution followed, dictating that all monastic possessions must pass to the Crown. The Priory of St Bartholomew met its fate in the same year but the hospital remained and continued to serve the poor of London, albeit in a time a great uncertainty.

It is a testament to how valued and important the hospital was to the City at the time that a petition was delivered to the King by the City in 1538. This petition explained how St Bartholomew’s (and other hospitals in London) had suffered as a consequence of the suppression of the monasteries and how Barts was needed to help “the miserable people lying in the streete, offending every clene person passing by the way with theyre fylthye and nastye savors”.

The petition also asked for the churches and their lands to be reopened for use by the public, who were now overcrowding the smaller parish churches – a hotbed for plague in the absence of a hospital to care for its sufferers. It took six years, but Henry relented, although in shallow terms in the first instance. In June of 1544, the King initially gave the hospital its reprieve by way of appointing a new Master of The Hospital, William Turge, The King’s Chaplain, in addition to a Vice-Master, Thomas Hyclyng, who had signed the acknowledgement of the King’s Supremacy ten years previously. He also installed a Curate, a Hospitallier and a Visitor of Newgate Prison. He allowed the houses and gardens to remain in the possession of the hospital but beyond this, all other property remained forfeit to the Crown. His new administrators were tasked with visiting the sick, sheltering the poor, ministering to prisoners, providing food, drink and clothing to those in need, and burying the dead. (So not really a hospital!) The King remained involved after the death of Turges in 1545 and appointed Thomas Byrkhed as his successor. Fortunately, neither of these Masters attended to their duties as instructed by the Crown and the hospital continued as it had – otherwise it would have become a house for the poor alone and not somewhere to tend to the sick and dying.

Something changed, and this may have been due to pressure exerted on the King by his surgeon, Thomas Vicary. Vicary is a vital figure in the history of medicine in England. Not only was he The King’s Surgeon, but he also maintained this appointment to Henry’s Tudor successors. He was the leading surgeon in London at the time and the first Master of The Company of Barber-Surgeons, the formation of which he was responsible for. He went on to be a prominent figure in the history of Barts as well. In 1546, Henry seems to have returned to the initial petition delivered to him by The City in 1538, paying renewed interest to the sections on hospitals. An inventory of the hospital was made in May, and the buildings in Smithfield came into the possession of the commissioners to the King in December. Just after Christmas, the King finally signed a Royal Charter that granted the City the control of Bethlem Hospital and The Hospital formerly known as St Bartholomew’s, “hereafter to be called ‘The House of the Poore in West Smithfield in the suburbs of the City of London of Henry VIII’s Foundation”. Although this long-winded moniker was seldom used, it remained on legal documents until the formation of the NHS in 1948, when once again it became ‘St Bartholomew’s Hospital’.

Along with Bethlem, Bridewell and St Thomas’, St Bartholomew’s now became one of four Royal Hospitals administered by the City. Henry VIII’s charter is one of many fascinating historical documents to be found in the Hospital Archives, located in the basement of The North Wing. ‘The Charter Window’, a stained glass window in The Great Hall depicts Henry VIII handing this Charter to Thomas Vicary.

Henry’s Charter was later re-affirmed in January 1547 by Letters Patent that returned properties to the ownership of the hospital (all with the exception of Ducket House in Middlesex) and endowing it with its own income.

As a consequence of The Charter, The Common Council of the City of London set up a board of Governors to administer the hospital. It was custom at this juncture to make The Lord Mayor of London the President of the hospital and this continued as a tradition until 1867, at which point this role fell to members of The Royal Family. (Today, the office is held by His Royal Highness The Duke of Gloucester.) Nevertheless, the hospital’s links with the City of London are still pronounced and appreciated.

The people expected immediate benefits to be evident once the City was responsible for the running of The Hospital. Little was evident in terms of an improvement in the conditions of the sick and poor, and accusations of mis-management and embezzlement arose. In 1552, a statement of accounts and duties was published in order to silence the “busie bodies … having al their zeale in their tongue only”. This report claimed the healing of 800 people had taken place at the hospital since December 1546. 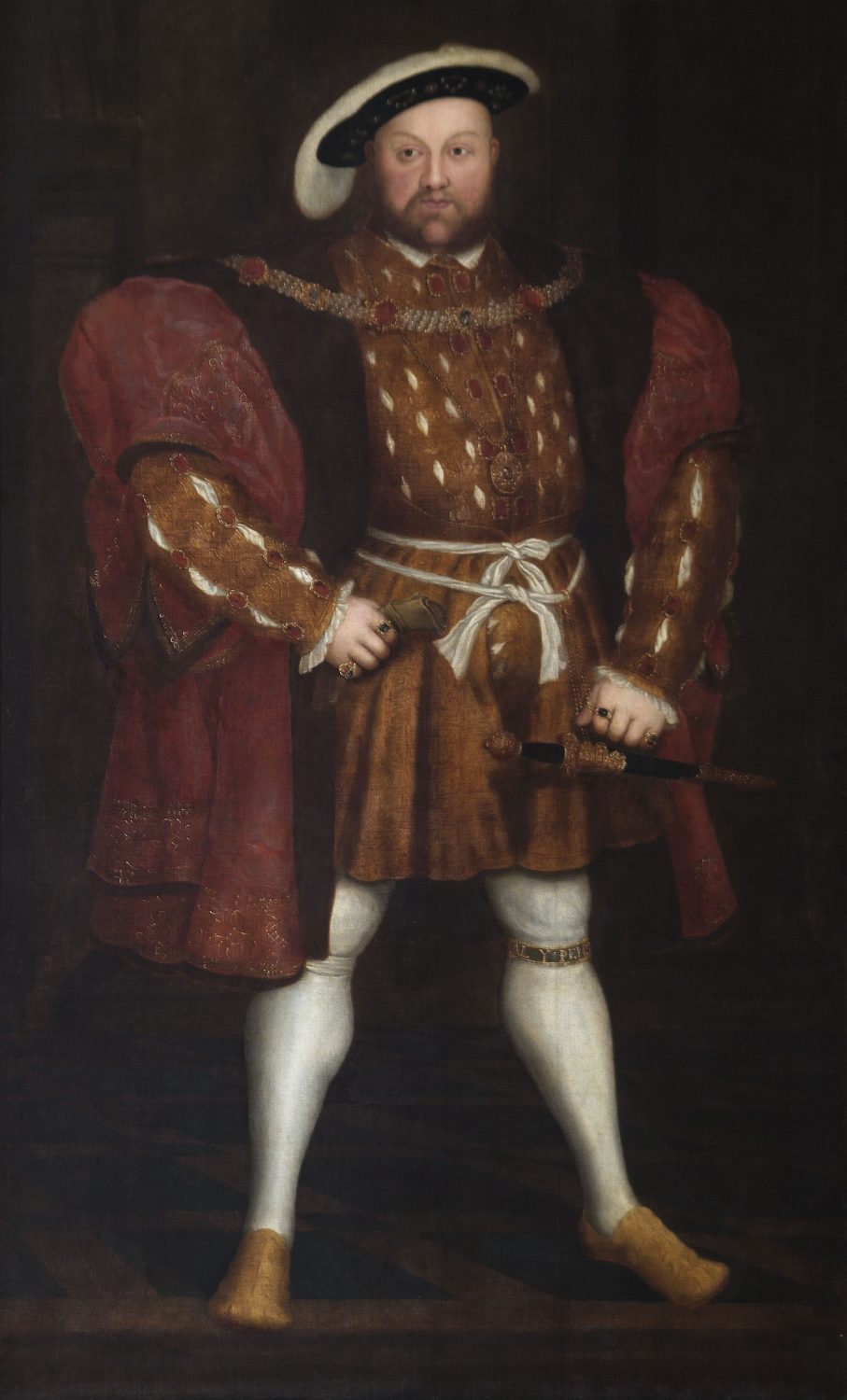 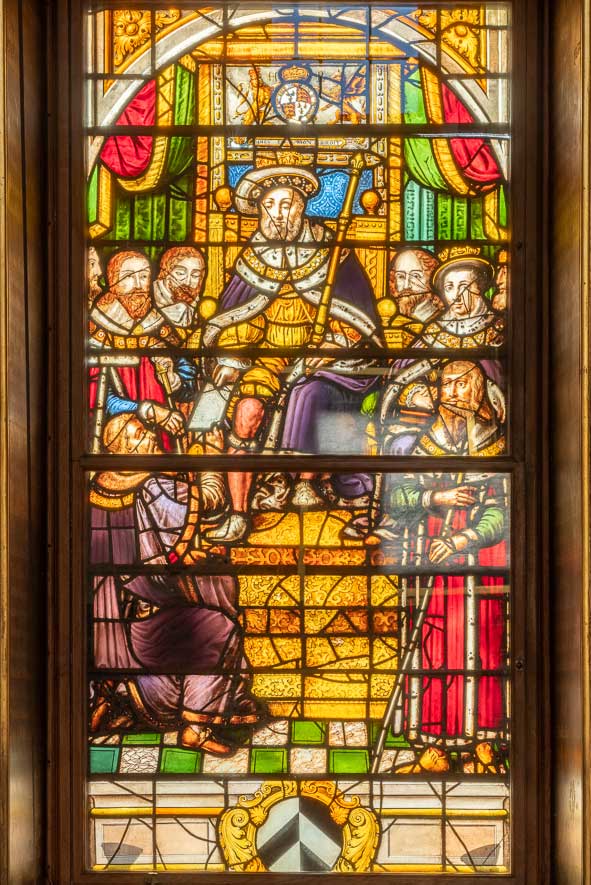 Vicary’s importance to Barts continued as he became the hospital’s first Superintendent in 1546 and its Resident Surgical Governor two years later, holding this post until his death in 1561.

At the time of his appointment, the hospital was still medieval in its practices and he probably did little to alter this. He was not an original thinker – based on what he published – but his 1577 book, ‘A Profitable Treatise of The Anatomy of a Man’s Body’ does give a first-hand account of what constituted clinical medicine at the time.

A native of Portugal, he fled his homeland during the Inquisition as he was a ‘Marrano’ – someone of Jewish faith who had been forced to convert to Christianity, only observing Judaism in secrecy. He settled in London in 1559 and became the first regular physician to be appointed to St Bartholomew’s Hospital, starting work in 1569. He developed a practice of patients that included the rich, famous and deeply influential, including Robert Dudley and Francis Walsingham. So great was his success that, in 1586, he became Physician-in-Chief to Queen Elizabeth. Unfortunately he became embroiled in a catholic conspiracy, in spite of being outwardly protestant in his religious practice. Robert Devereux accused him of conspiring with Spanish spies to poison the Queen. This was an unfortunate accusation, as he was known to be something of an expert in the area of poisons and had previously provided them to members of the Queen’s Court, including Walsingham. He was arrested and tried at The Guildhall in London. The Queen is reputed to have been uncertain of his guilt, and delayed signing the warrant for his death. He was hung, drawn and quartered at Tyburn in 1594.

Clowes was appointed to the surgical staff in 1575, becoming a full surgeon in 1581. He was a military and naval surgeon, who later served as Fleet Surgeon under Sir Francis Drake’s Command during the Spanish Armada in 1588. He authored ‘The Prooved Practice for all Young Chirugeans’ in 1591 whilst serving as the Queen’s Surgeon.

Whilst working at the hospital, he developed a new styptic powder to seal bleeding vessels in wounds. He published six books, most notably on tuberculosis and venereal disease. Infectious disease was a major killer – an ever-present threat in over-populated London. With plentiful access to brothels, venereal disease was also common, with syphilis being especially prominent. Clowes documented its prevalence in London:

“It is wonderful how huge multitude there be of such as be infected with it, and the daily increase to the great danger of the common-wealth and the stayne of the whole nation … in The Hospital of St Bartholomew in London, there have been cured of this disease by me, and three others, with in this five yeares, to the number of one thousand and more…among every twentye diseased persons that are taking in, fifteen of them have the pocks.”

He resigned in 1585 upon command by Robert Dudley, first Earl of Leicester, to accompany a naval expedition to the Netherlands.

The Royal College of Physicians recognised the significance of Barts as a hospital, in particular for the unusual clinical cases that it tended to, from which physicians could learn much through observation. We know this from a letter submitted in support of Henry Wooton, a candidate proposed to replace Lopez and then Clowes after his resignation. Wooton did not get the job. Given the ignominy with which Lopez had been executed, it is not surprising that influential members of Queen Elizabeth’s court were keen to see this increasingly-prominent role filled with someone more closely vetted.

Timothy Bright was a Cambridge graduate and undoubtedly an intelligent man, with interests that stretched beyond medicine (he was the inventor of short-hand). A protégée of Sir Francis Walsingham, who had saved Bright’s life by offering him refuge in Paris during the St Bartholomew’s Day Massacre (nothing to do with the hospital), and a friend of Sir Philip Sidney, Robert Dudley’s nephew, his influential references won the day and he was appointed to the hospital in 1584. Whilst at Barts, he pursued research into cryptography. He was ultimately sacked by the board of Governors for not fulfilling his duties in 1592. Before he left Barts, he wrote ‘A Treatise on Melancholie’ in 1586. This text is of great historical importance. It was the first psychiatric text in England, preceding Burton’s perhaps better known volume, ‘Anatomy of Melancholie’ (1621). As Lopez before him, Bright is also intricately connected to William Shakespeare. In particular, it is his description of mental illness that lent itself to Hamlet, in parts almost word for word. He grew tired of medical practice and subsequently took holy orders, dying in 1615.