An accidental introduction to ceramics through the works of William Hogarth 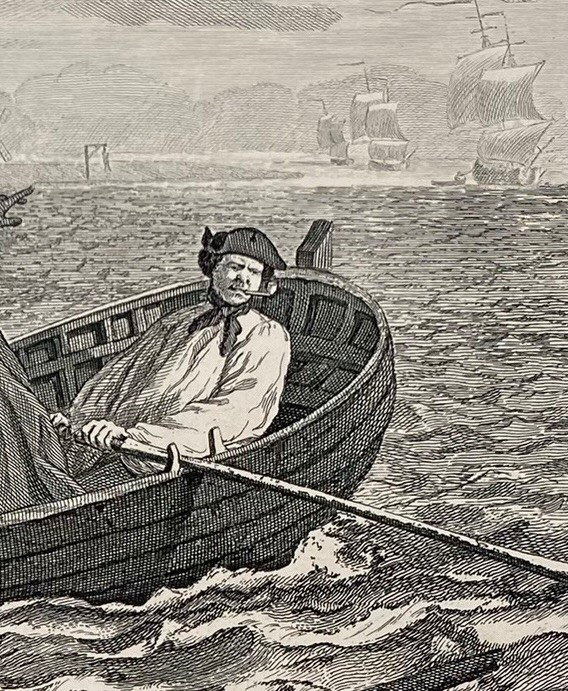 Our first live event of 2022 features historian and broadcaster Lars Tharp in conversation with trustee and rowing historian Robert Treharne Jones, who will discuss William Hogarth’s progress from the Thames to Barts and beyond.

Book your tickets for the livestream or in-person event here

In the wee small hours of a late May evening in 1732, after a night of song and booze, William Hogarth and four high-spirited chums decide on a trip down the Thames. They hail a passing boatman and embark for Gravesend from where, after breakfast, they tramp over the fields to Rochester. For the next few days they continue their ramble along the Medway, larking around with mud and water-fights. After four days. damp, muddied but in high spirits, they return to Covent Garden and later present the Bedford Arms with a finely bound account in words and watercolours, of their very own ‘Peregrination’.

Lars is a noted ceramics historian, appearing on the Antiques Roadshow since 1986, during which time he has developed a parallel enthusiasm for the works of William Hogarth in whose images Chinese porcelain tumbles off tea tables, or a stall of crockery awaits total destruction under the shadow of a falling stage. Lars later wrote ‘Hogarth’s China’, and was an author/ contributor to the recent major Exhibition at the Tate Gallery ‘Hogarth and Europe’.